These days, listening to a weather report from any point on the globe can be alarming. Sure, we’ve always had weather, but the weather we’re having today isn’t the same as what we experienced years ago. Monsoons in India that are so severe villages have to be evacuated; wildfires in California that are so deadly entire towns are wiped out; droughts that dry up rivers and floods that ruin a harvest.

No matter where you are, there’s some form of weather that’s going to make its presence known. The weather might be beyond our control, but at Danpal, we believe that the buildings in which we live and work need to be designed so that they can stand up to weather because the weather doesn’t have to be catastrophic to create problems. If weather manages to invade your building and leave moisture behind, you’re going to have to make repairs before that little bit of mold turns into a crisis that strikes at both the structure and the health of the people inside. We recommend cladding, which is a way for you to protect your building so that moisture can’t penetrate. 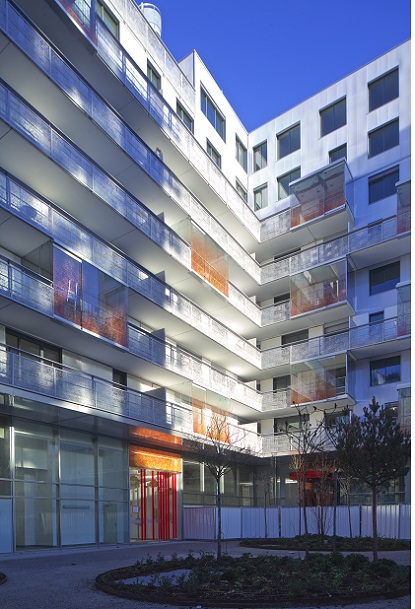 Everyone has seen the images of a community after a tornado has struck, or a hurricane has passed through. Buildings uprooted as if they were made out of cardboard, vehicles tossed into trees by the force of the wind, household goods floating along the river that didn’t exist before. But the structural damage that weather can cause can start out so small that it’s almost invisible. What if a small bit of moisture gets the building insulation wet?

Eventually, a leak forms. You may think that it’s a small leak, one that’s handled by putting a pail underneath the spot where it drips. But the water that came inside is affecting the building itself and over the expanse of time, if not attended to, that leak can compromise the structural integrity of the building. Danpal’s cladding, which protects a building from the invasion of moisture, can also protect it from the risk of damage caused by mold.

Never mind the risk caused by cold and flu season; we’re all aware of those and that’s why many of us line up for flu shots when the cold weather is on the way. But moisture is the health factor that you may not even think about; you may not even be aware that it’s in your house. Once the insulation has taken in moisture, mold has found its dream house.

Mold will grow and thrive, causing health problems for people. The growth of mold is particularly harmful for people who suffer from allergies or respiratory conditions such as asthma. Cladding is designed to keep moisture out, and that means that mold can’t build its home inside.

HOW CLADDING WARDS OFF WEATHER WORRIES FOR YOUR BUILDING

Microcell technology is the secret for Danpal’s cladding effectiveness. Danpal has designed connector-bound, double-notched microcell polycarbonate sheets so that the insulation inside a building doesn’t fall victim to moisture from rain or snow. The air gap and convective motion in the panels create natural ventilation that prevents insulation from the dampness that moisture can cause. Cladding on the outside of a structure means dry insulation inside.